Despite opposition from some MPs and constitutional lawyers, the Latvian government has issued a series of regulations that are ultimately intended to force unvaccinated citizens to undergo vaccination. Unvaccinated people cannot perform their jobs by government decree (source), and even duly elected MPs (source) cannot participate in the discussion of laws, voting or deliberations, even remotely, via remote video call.

Latvian MP Māris Možvillo, member of the parliamentary group Independents and board For Humane Latvia, coment the situation during the on-line interview with Epoch Times.

„I would like to inform you about the processes that are taking place with us. By informing the other countries, they may be able to avoid the mistakes made in our country,“ wrote Možvillo Dec 2. 2021 to the Epoch Times.

According to Reuters, 62 out of 100 members of parliament voted in favour of the regulation (source). Latvia has a unicameral parliament (called the Saeima) to which 100 representatives are elected every four years.

Latvian MPs who did not support the regulation call it unconstitutional. More…

Below is an authorised text sent to The Epoch Times by a Latvian MP Māris Možvillo.

Step by step, we are losing our democracy in Latvia

Step by step, we are losing our democracy in Latvia. These words sound exaggerated and bordering on conspiracy theories. Before we draw any conclusions, let us remember that a year ago we could not believe that a curfew will be introduced in the country, but today we see it as the norm. A large part of the society already takes the fact that some members of the Saeima are prohibited from performing their duties only because they have not been vaccinated. How has it become possible?

This time, we will not enumerate all the government’s manipulations, targeted to the people of Latvia and affecting public opinion.  Let us look to the “Covid-19 infection management law” approved by the Saeima (Parliament of Latvia). We see the severe consequences of this law for the people of Latvia who lose their jobs, and thus income, which may have disastrous consequences when winter occurs.

It seems unbelievable that such a law could “throw out” elected representatives from parliament and local governments. Is it really justified by the epidemiological situation if we remember that fully vaccinated members of the parliament are still working remotely?

There is a growing conviction that this disease, which undeniably exist, is an excellent tool for coalition parties for centralization of the power.  I would like to remind you of events that have been left almost unnoticed. On 12 November 2021, the Central Election Commission of Latvia voted against the amendments to the Covid-19 Law on Management of Infectious Distribution, submitted on 1 October 2021 by a single vote.

These amendments were intended to complement the Law by a new article stating that vaccination against Covid-19 infection should not be a prerequisite for the commencement or continuation of employment, for the provision or receipt of any services, for the acquisition of any educational programmes or for participation in any measures.

Epidemiological security considerations must not serve as a basis for the dismissal of a worker from employment, the termination of employment agreement, disciplinary punishment of the employee, the deterioration of the legal position of the employee, failure to respect the principle of equal rights or the creation of any adverse consequences for the employee.

7.3.1. ensure that citizens are informed that the vaccination is not mandatory and that no one is under political, social or other pressure to be vaccinated if they do not wish to do so;

7.3.2. ensure that no one is discriminated against for not having been vaccinated, due to possible health risks or not wanting to be vaccinated;)

The role of the Central Election Commission in such a vote is to direct the initiative technically, whether or not the amendments in question are liked. Unfortunately, at the meeting on 12 November, 5 out of 9 members of the CEC who refused this initiative were grossly in breach of their powers because they valued the amendments in substance, their substance, thereby preventing the passage of this amendment to the referendum.

Before taking the decision, the CEC has the right to ask the other institutions, but it should be recalled that such an opinion has only an advisory nature which is not binding on the decision. In this case, the views of the Ombudsman, the Saeima Legal Office and the Ministry of Justice were received.

The CEC agreed with the statement by the project applicant that the opinion of the Ministry of Justice was not correct to be asked, because the Ministry is the one who has prepared amendments to the current version of the law and is directly interested in defending its opinion.

In its opinion, the amendments stated that “limiting the freedom of the State to limit the spread of Covid-19 infection and could make it difficult for the State to protect the rights of others. However, it does not follow from the Constitution to prescribe a prohibition of different treatment depending on whether a person has vaccinated against Covid-19, or to prescribe that, on grounds of epidemiological safety, the employee can have adverse effects. The positive and negative effects that a legal provision may have on society are not a legally rated criterion within the meaning of Article 78 of the Constitution (Section 78 of the Constitution provides that not less than one-tenth of voters have the right to submit to the President a fully developed draft amendment to the Constitution, which the President shall transmit to the Saeima. If the Saeima does not accept it without altering the content, it shall be subject to a referendum.) Whether a legal provision is reasonable, desirable and necessary, as well as its potential positive or negative effects on society, are entitled to be assessed by voters in a political process in support of or not of the initiative in question. The nation itself decides whether the proposed draft law is compatible with the values of a democratic and legal state.”

In addition, in the Ombudsman’s opinion, the draft amendments to the Covid-19 Law on Management of Infectious Diseases are not considered to be fully drafted by form and content, defended the existing power and tried to argue why such amendments are not necessary and do not comply with Article 78 of the Constitution.

The rejection of this draft law created a dangerous precedent that will give the government the opportunity, at its discretion, to block the citizens‘ legislative initiative, thereby infringing and limiting citizens‘ rights to participate in public governance. As a result, the rights are subtracted, leaving only the duties.

I don’t want to look for analogies, but history knows cases where crimes against humanity have been committed under the pretext of “noble goals” in the public interest. Can anyone respond to how severe the consequences of this “Covid-19 Infectious Distribution Management Act” can have in the long term, if today we are at the center of the world, as a country that “prohibits elected members of the nation from representing their voters in parliament”.

Existing regulation banning people from work, banning students from studies and dormitories, banning parliament members and members of local governments from executing treir duties, because they are not vaccinated stays in force without any possibility to change it in democratic way.

What will the government figure out in the future? Will they be 14th Parliamentary elections in the “green regime”, will only vaccinated citizens be allowed to vote and stand as candidates? Is today a measure of patriotism and loyalty not human works but vaccinated or unvaccinated? 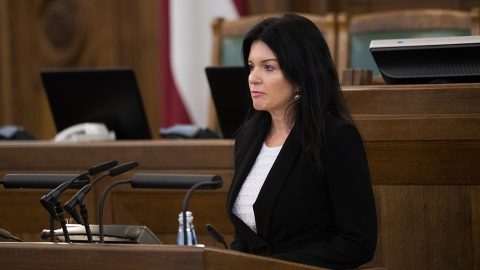 Despite opposition from some MPs and constitutional lawyers, the Latvian government has issued a series of regulations that are ultimately intended to force unvaccinated citizens to undergo vaccination. On 15 November, only MPs who present a certificate of vaccination or recovery from covid-19 disease can vote. Others cannot vote or receive a parliamentary salary. 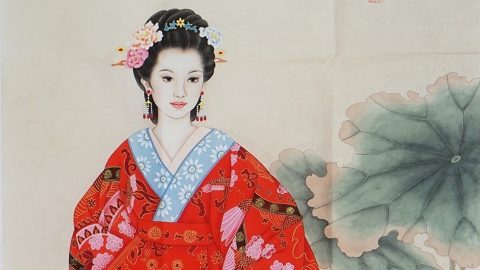 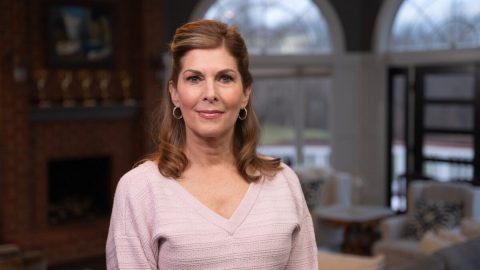 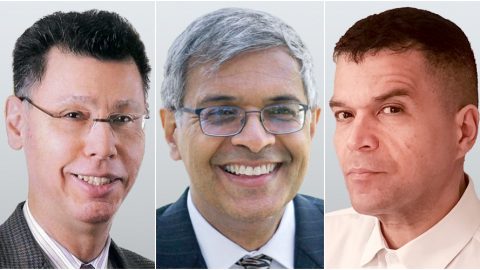 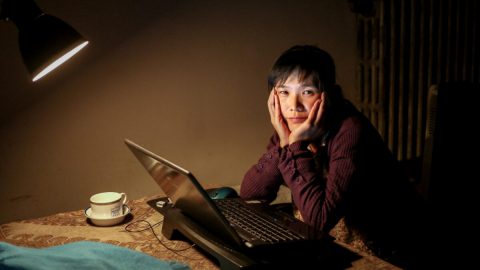 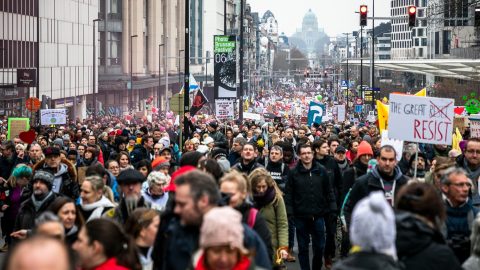 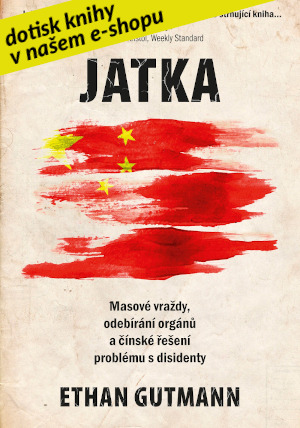 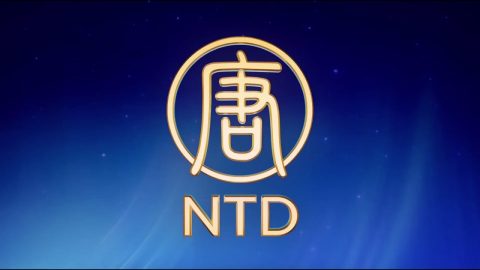 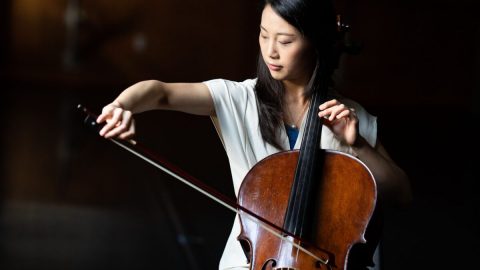 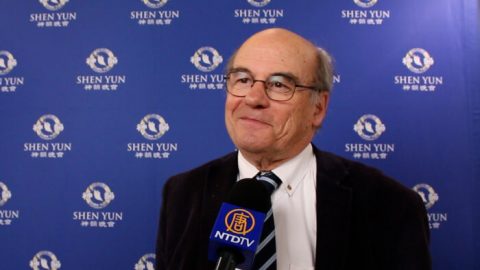